Washington County Sheriff’s Office, Maryland Warns of Scam
HAGERSTOWN, MD — The Washington County Sheriff’s Office is warning the public of a telephone scam where unknown subjects are calling members of the public acting as if they are Deputies with the Washington County Sheriff’s Office. One of the names being used is Lt. Peters, there is no such employ...[read more]
Pick Pocketer Targeting Shoppers in Costco
WINCHESTER, VA — The Frederick County Sheriff’s Office is investigating several pick-pocketing incidents at Costco in Winchester. A release from the department has a picture of the person they believe to be responsible. The sheriff’s office reports the incidents have occurred over several days an...[read more]
Shepherd Football tapped to finish first in PSAC East
By Jordan Nicewarner, Panhandle News Network Sports MARTINSBURG, W.Va. – The Shepherd Rams Football team is coming off the back of one of the most successful seasons in program history. Finishing the season with a record of 13-2(6-1 in the PSAC), making it to the NCAA Division 2 National Semi-Fin...[read more]

The Voice of West Virginia 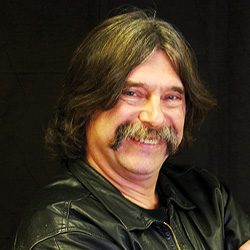